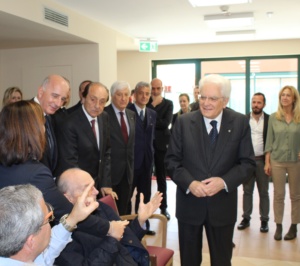 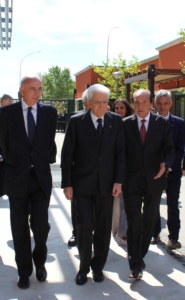 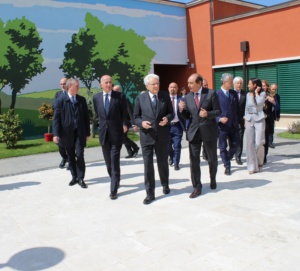 Just over one month after Pope Francis’s visit, the residential facility for people with Alzheimer’s disease –  a pioneering model for Italy of an alternative approach to this disease based on the importance of serenity, a familiar environment, socialisation and attention to detail for the purpose of preserving their residual cognitive abilities –  received another august visitor, almost as a further authoritative seal of the validity and importance of the project, entirely supported by Fondazione Roma, and proof of how much the most qualified private non-profit institutions may do to support the urgent needs of local communities.

Accompanied by Professor Emanuele and Chairman Parasassi, President Mattarella visited the Day Centre, several houses where the residents are accommodated free of charge and lovingly cared for by the staff – and took the opportunity to speak briefly with some of them who were just as surprised and pleased as they were during the Pope’s visit –  and the amenities provided in the Village for the benefit of those who live and work there, the minimarket, the restaurant and café, which are also open to the neighbourhood, the multifunctional room where residents may attend concerts, theatre performances and meet for moments of leisure and conviviality. 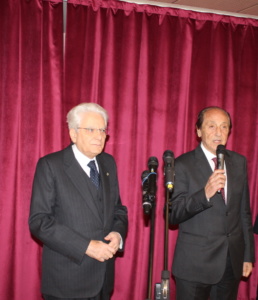 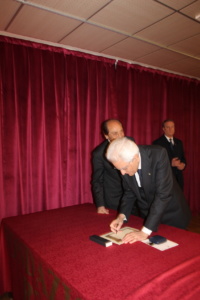 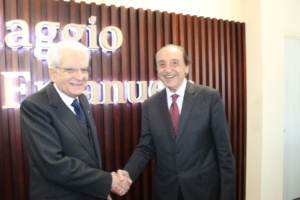 At the end of the visit, visibly satisfied, President Mattarella thanked Fondazione Roma for its courage and determination to build such a complex and experimental centre in the landscape of facilities for Alzheimer’s patients in a very short time, making Rome an example of innovation and efficiency, worthy of being replicated in other Italian cities.