The Da Vinci Robot, purchased with the contribution of Roma, was presented during the opening ceremony of the new Centre for Robotic Surgery in the Ulrico Bracci ward 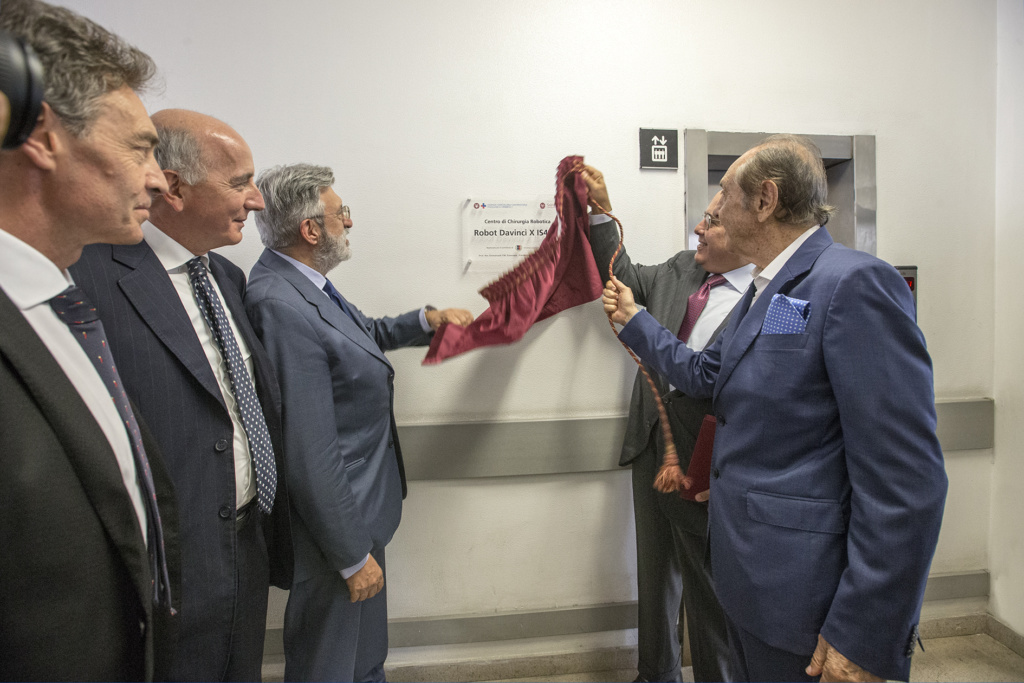 The latest generation Da Vinci Robot, purchased thanks to the contribution of Fondazione Roma, was presented on Thursday the 18th of July, during the official opening ceremony of the Centre for Robotic Surgery in the Ulrico Bracci ward of the Umberto I University Hospital in Rome.  A plaque dedicated to Fondazione Roma was unveiled during the ceremony, which was attended by the Honorary President of Fondazione Roma Professor Emmanuele F.M. Emanuele, the Chairman of Fondazione Roma Franco Parasassi, the Rector of the Sapienza University Eugenio Gaudio and the General Director of the Umberto I General Hospital Vincenzo Panella.  The Hospital is now at the forefront of minimally invasive surgery.

The honorary President of Fondazione Roma, Professor Emanuele, declared, “I have always been convinced that the new technologies, particularly robotics, must accompany progress in medicine, diagnostics and surgery, which tend to be increasingly less invasive and likewise aware that state-of-the art equipment should never undermine the human doctor-patient relationship which is indispensable for a care pathway.  I can only be delighted to attend the presentation of the cutting-edge Da Vinci Robot, fruit of a grant by Fondazione Roma that I strongly advocated, which is part of a general programme to support local public hospital facilities and nevertheless strengthens the cooperation with the Umberto I general hospital, recipient of various grants aimed to increase and technologically update the equipment, as in the case of the three high end ultrasound systems for the Head and Neck Unit and the surgery wards and the ‘Heart Navigator’ in the integrated echocardiography and haemodynamics facility which opened last year.”

On his part, the Rector of the Sapienza Eugenio Gaudio, noted how, “This project, together with others accomplished by the University, thanks to the support of Fondazione Roma, makes the application of the most advanced technologies to precision surgery possible.  The function of the university is not only to train professionals in the medical field but also to promote innovation by using the most advance tools in order to constantly improve the quality and effectiveness of care that doctors provide to patients.” 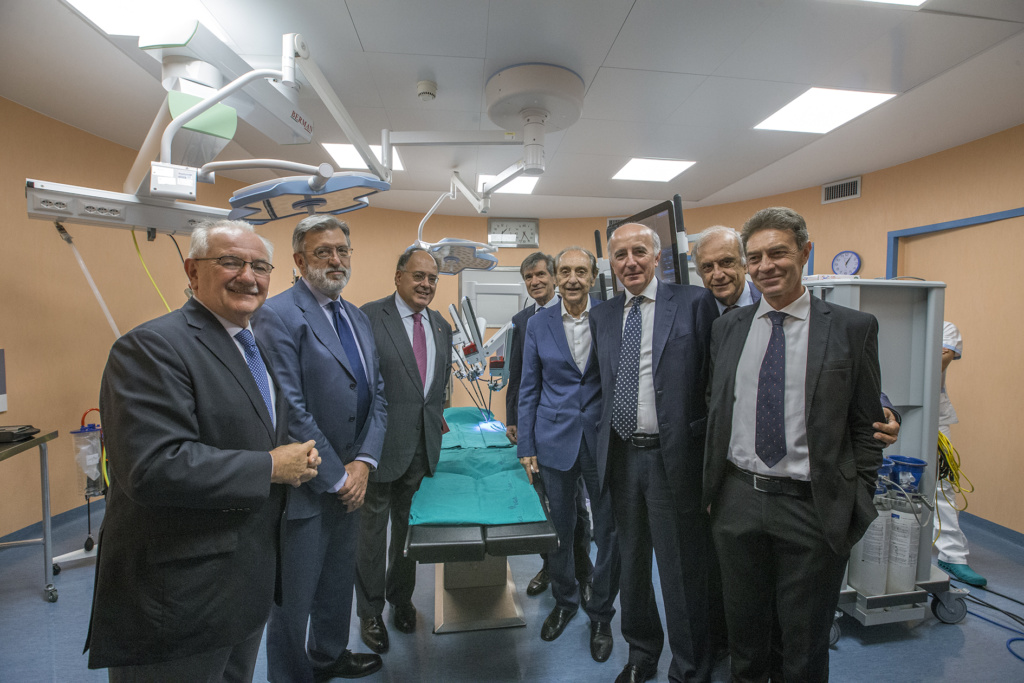 The Da Vinci Robot enables surgeons to perform advanced surgical procedures that fall within the standards of care and reaches the same or superior results compared to traditional surgery.  The system is controlled by a surgeon from a computerised console placed in the operating theatre and the system translates his hand movements to miniature instruments that twist and bend like a human hand, but with a greater range of motion.  These benefits are mainly perceived in complex procedures in difficult-to-approach regions.   The Advanced 3D HD visualization with up to 10x magnification ensures a bright, crisp and accurate image of anatomical details.  Robotic surgery has a wide range of fields of application: digestive; hepatobiliary; endocrine; thoracic and otorhinolaryngological surgery.   Urologic pelvic surgery undisputedly holds a pre-eminent position and is globally considered the gold standard.   Over 120 robotic urological procedures have already been performed at the Umberto I university general hospital.

Moreover, it should be underlined that the presence of a robotic surgery centre in a university general hospital, together with the Postgraduate Schools of Surgery, is of great educational value.     A stimulator and, possibly, a second console will allow the postgraduates to train adequately and gain experience with the most advanced technologies.